The Chronicles of Narnia Wiki
Register
Don't have an account?
Sign In
Advertisement
in: Real world, Actors
English

Liam Neeson was the voice of Aslan in the The Chronicles of Narnia (film series).

It remains unknown if he will reprise his role as Aslan's voice again, since the continuance of film series is at this point unknown. The next film in the series apparently involves a brand new franchise and cast, which means that it is unlikely that Neeson will return to the role of Aslan again.

William John "Liam" Neeson was born on the 7th of June 1952 to Katherine and Barnard Neeson, in Ireland.

His first film was Pilgrim's Progress, playing the part of Jesus Christ. Neeson later went on to star in many other films, including Schindler's List and in Star Wars Episode 1: The Phantom Menace as Qui-gon Jinn. 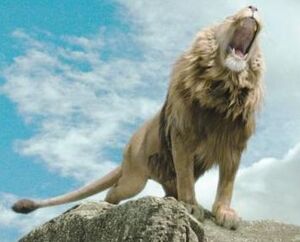