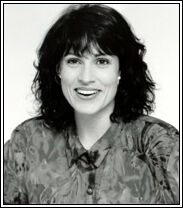 Judy McIntosh played the character Helen Pevensie in the 2005 film of The Lion, the Witch and the Wardrobe, as the mother to the Pevensie children.

Born in Hamilton, Judy McIntosh grew up in Hawkes Bay, amidst a creative family. All four of her sisters have spent time in the arts, whether as designers, curators, or in the screen world (sister Jan is a veteran television producer).

Judy's own journey began after Auckland's Theatre Corporate visited high school when she was 14. McIntosh later trained with the same company (under theatre legend Raymond Hawthorne), and joined Theatre Corporate on school tours.

Her first screen gig was playing female cop Lois Higgs on 80s television hit Mortimer's Patch. As the roles began to piling up over the next few years, screen work quickly became her preferred acting home. Casting agents often picked her for ‘socially responsible roles’ (lawyers, doctors, teachers). As she commented in the late 80s, “if someone needs a tarty girlfriend I don’t get asked to audition.”

After playing teacher to one of the inmates in acclaimed movie Kingpin, McIntosh's next two roles would prove award-winners. In road movie romance Arriving Tuesday (1986) she was given a more complex role as Monica, who returns to New Zealand, and to her withdrawn sculptor boyfriend (Peter Hayden). When the pair set off north, their relationship meets added pressure after they give a lift to a charismatic Māori poet (Rawiri Paratene).

The first feature of director Richard Riddiford, Arriving Tuesday made few ripples at the box office, though critic Helen Martin has described it as “well paced, with warmth and wit cut through by moments of bitter anger ... the love and hikoi story lines are skillfully interwoven”.

McIntosh won a second acting award as part of the ensemble cast on Barry Barclay's breakthrough Māori feature Ngati. She played the Pākehā teacher who introduces Ross Girven's character to life in a small East Coast community, circa the late 40s.

McIntosh would join Girven again on the third and final season of hit TV soap Gloss; playing ‘serious minded’, stay-at-home lawyer Jessica Dunbar-Jones. In this period she acted in a play in England, then returned home in time to co-host magazine show Weekend, opposite Gordon McLauchlan.

In the 90s McIntosh acted in tele-movie chase tale The Grasscutter (directed by Ian Mune), kidult fantasy Mirror, Mirror and won an NZ television award for a Greg McGee-scripted guest role on Marlin Bay — playing a woman who leaves her rugby league-playing husband.

She also began working on the first of a long run of international projects: in England, Australia and back in New Zealand. Among them, McIntosh spent three years playing a doctor on Australian hit G.P, and co-starred opposite LA Law's Harry Hamlin in forgotten big-screen thriller Ebbtide (1994).

The international projects have included fantasy film Bridge to Terabitha — though pressed for a favourite, she lists playing mother to the pint-sized adventurers in The Lion, The Witch and the Wardrobe. McIntosh has tacked roles “far more demanding in terms of screen time and the responsibility of carrying a film”, but she enjoyed the “great sense of family” on set, and has fond memories of a magical gala premiere in London. She still gets fan mail from her time in Narnia.

Retrieved from "https://narnia.fandom.com/wiki/Judy_McIntosh?oldid=52656"
Community content is available under CC-BY-SA unless otherwise noted.