The Chronicles of Narnia Wiki
Register
Don't have an account?
Sign In
Advertisement
in: Invented for Film, Characters, Centaurs,
and 2 more 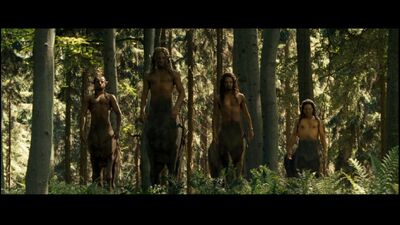 They were Old Narnians, and members of the Narnian Revolution, who grew up in the Shuddering Wood, living in hiding with their father and mother.

All three of them were brave and noble Centaurs, loyal to their monarchs, and devoted Narnians.

But the bravest one out of all of them was most likely Rainstone, who was trapped in the Telmarine castle during the night raid and did not survive.

Despite his eminent death, Rainstone kept yelling at everyone to run and save themselves.

Ironhoof and Suncloud appeared in the last battle, as they fought alongside their father.

In the coronation, they are seen with Windmane and Glenstorm celebrating.

In the film, the three sons have dark brown dreadlocks and dark skin, like their father. (They were not described in the book.)