The Battle of Narrowhaven was the name given to the fight on the main settlement of the Lone Islands, on the Island of Doorn, between the island's corrupt government and the crew of the Dawn Treader. The battle escalated into a revolution, which finally freed the islands from its cruel rulers.

During the Dawn Treader's voyage, the crew disembarked at the Lone Islands. While they were there, slave traders captured Caspian, Edmund, Eustace and Lucy, as they were exploring the seemingly deserted Narrowhaven.

The slavers took Eustace and Lucy to be sold, but they locked Edmund and Caspian in the dungeon, where they met Lord Bern.

Caspian and Edmund had watched out of the window of the dungeon, and saw the slave traders loading many people onto a small boat. The boat was pushed out to sea, where it was swallowed by the Green Mist.

Bern informed them about the Mist, saying that it had been appearing for years, taking people who were never seen again, and those who weren't sold as slaves were sacrificed to it.

In the slave market; someone bought Lucy, but during Eustace's would-be sale into slavery (since no one wanted him), Drinian, Reepicheep and the rest of the Dawn Treader's crew-members led an attack on the slave traders.

As they fought, the rest of the islanders, who had been living in terror from Gumpas and his men for years, finally grew brave enough to fight with the crew and take back their island at long last.


Everyone fought various slavers between them, but the most notable parts of the battle were: -

What became of Gumpas and the others slavers after the revolt is unclear, but if any survived they were no doubt jailed or banished from the islands.

Known Characters in the Battle 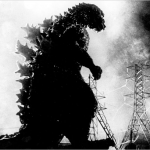