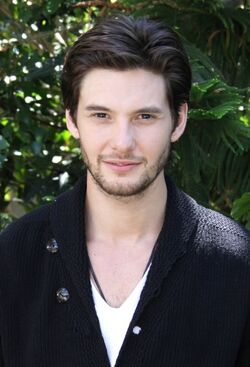 Benjamin Thomas Barnes was born on August 20, 1981, in south London, England. His parents are Tricia and Thomas Barnes. He has a younger brother, Jack. His father is a psychiatrist, and his mother is a therapist.

He was the member of national youth music theatre 1997-2003, and graduated with a degree in English and Drama from kingdom university in 2004. 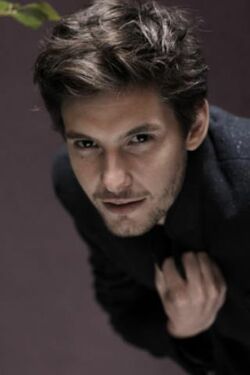 Ben Barnes was a singer in the boyband Hyrise, which was in the running to represent the United Kingdom in the Eurovision Song Contest 2004 with the song Leading me on. Before that, he wanted to play professional Tennis. Barnes began working in television in 2006. He later starred in Suzie Halewood's Bigga Than Ben, which was released in October 2008 in the United Kingdom.

According to Barnes his pop career lasted "4 and a half minutes", and he hasn't spoke to any of the members since that last presentation.

In February 2007, it was announced Barnes would play the role of Caspian in the film adaption of Prince Caspian. Adamson said "Caspian is a coming of age and, to some degree, a loss of innocence story, with Caspian starting out quite naïve, then craving revenge, and finally letting go of the vengeance." While many readers interpret Caspian as a child, a passage in the novel mentions his age to be near that of Peter's, so an older actor was sought to match William Moseley.

In 2009, he starred as Dorian Gray in the film Dorian Gray, based in the Oscar Wilde novel.

In January 2010, Barnes began filming Killing Bono, which is directed by Nick Hamm. Filming started at the beginning of January in the City of Lisburn.

In 2011, Barnes shot "The Wedding"; after that he started shooting "The Words". In late 2011, he started shooting a new movie called "Overdrive" in south France. Besides these three movies, the British actor was cast as Thomas in "the Seventh Son", based on "The Spook's Apprentice", a book by Joseph Delaney. They will probably start shooting this movie in March 2012.

Retrieved from "https://narnia.fandom.com/wiki/Ben_Barnes?oldid=46560"
Community content is available under CC-BY-SA unless otherwise noted.